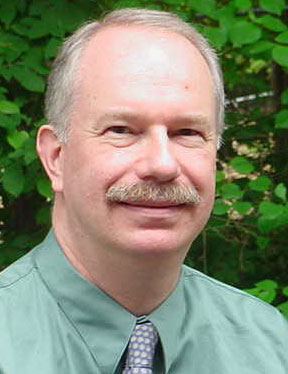 By Henry B. Hoff
Editor of the Register

By Henry B. Hoff
Editor of the Register 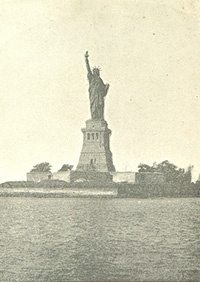 Finding information about your New York ancestors can be tricky. The difficulty depends on time, place, and group. Researching Dutch-descended New Yorkers in the Hudson Valley during the eighteenth century is likely to be easy; whereas researching settlers from New England in the same locale may be difficult. And of course the 1911 fire at the State Library in Albany and the fact that statewide registration of vital records did not start until 1880 only adds to the difficulty. There are, however, bright spots in New York research, such as the state census. This subject guide provides a list of key resources and records that will help you trace your New York ancestry. Note: To learn more about the implications of the 1911 fire in Albany, read "The 1911 State Library Fire and Its Effects on New York Genealogy" in The NYG&B Newsletter 10 (1999):19–22.

Note: The year in the call number is not necessarily the year of original publication.

Revised Master Index to the New York State Daughters of the American Revolution Genealogical Records Volumes, 2 vols.
NEHGS, 5th Floor F118 .R455 1998
This is a subject index; there is an every-name index online.

Colonial Censuses
Although the 1911 fire in Albany destroyed some colonial censuses and still others were previously destroyed or lost, a surprising number of colonial censuses do survive for Albany, Dutchess, Kings, New York, Orange, Queens, Richmond, Suffolk, Westchester, and Gloucester counties. Consult "Pre-1750 New York Lists: Censuses, Assessment Rolls, Oaths of Allegiance, and Other Lists" in The NYG&B Newsletter 3 (1992):20–22.

Lists of Inhabitants of Colonial New York: Excerpted from the Documentary History of the State of New-York
NEHGS, 5th Floor F118 .D62 1979

Between 1825 and 1925, New York State took a census every ten years, with the exception of 1892 (instead of 1885). The state copies of those records through 1905 were burned in 1911, but many county clerks had retained a copy. The state census offers remarkably valuable genealogical information beyond what's contained in the federal census.

The New York state census records are not available in a single location. Original census schedules prior to 1915 are generally kept at the county level, with the exception of the 1915 and 1925 censuses, which are kept at the New York State Archives. Many repositories, such as the New York State Library and Salt Lake City Family History Library, hold microfilm. In recent years, however, many of these records have been digitized and are available on FamilySearch.org. Read more about the New York state census.

Keeping vital records in New York State did not begin in earnest until 1880. Indexes to these records are available in Albany, New York City, Syracuse, and Rochester. There was a brief, statewide attempt between 1847 and 1852, which have been published for many towns in regional and county periodicals or as a book. Read more about New York vital records.

Prior to 1847 there were a few other types of vital records in New York State:

Divorces were granted by the Chancery Court between 1789 and 1847. For New York City and vicinity these records have been indexed and published in The New York Genealogical and Biographical Record 129 (1998):81–88 (does not contain record detail). After 1847 the Supreme Court of each county granted divorces. Note: Many New York residents were granted divorces in other states, see "New Yorkers in Some Connecticut Divorces," The NYG&B Newsletter 12 (2001):24–26, 43–46.

See under Cemetery Records below for Revised Master Index and Early Settlers of New York State.

There are various collections of cemetery records for New York. "Cemetery records" usually refers to transcriptions of gravestones; nevertheless, the actual records of a few cemeteries have also been published. To learn what cemetery records exist for each town (either transcribed or published), visit our New York Town Guide. Read more about New York State cemeteries. 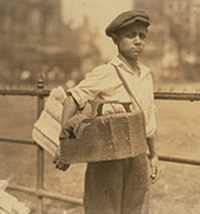 For the eighteenth century, there are a few by Kenneth Scott:

Prior to 1787 there was probate in county courts and there was centralized probate in New York City for estates worth more than a certain amount. Resources that may assist during this time period:

"New York Probate Records Before 1787," by Harry Macy, Jr. in The NYG&B Newsletter 2 (1991):11–15
NEHGS, 5th Floor F116 .N37
This article explains what records have survived for what courts and what records have been transcribed, abstracted, indexed, and/or microfilmed. Besides wills, it also discusses administrations, inventories, guardianships, probate of New Yorkers who died elsewhere, probate at the county level, and the recording of wills in deed books and town records.

The creation of the Surrogate's Court system in 1787 simplified probate in New York, but there were still inconsistencies and overlapping jurisdictions until 1829. In that year a new set of laws and rules improved the system and instituted the requirement of probate petitions naming the heirs at law, regardless of the provisions of the will (if there was one). These probate petitions are a valuable resource for New York research. Abstracts of probate records for many of the state's counties are at the NEHGS library.

“Navigating New York Probate,” by Henry B. Hoff in American Ancestors 12:4 (Fall 2011):54–56
Includes a list of counties with filmed probate petitions at the Family History Library. 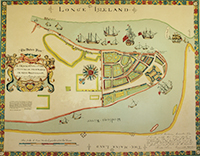 Land records in New York State could be recorded at any of four levels: state, county, town, or "other," the last being a manor, a patent, or a corporate landlord like the Holland Land Company. In addition, some land records were never recorded or were recorded decades after they were made. Read more about New York land and property.

At the state level:

The Balloting Book, and Other Documents Relating to Military Bounty Lands in the State of New York
NEHGS, 5th Floor NY 5 28

At the county (or city) level:

At this level, deeds and deed indexes have been microfilmed for all the counties in the state. There are multi-volume published indexes for New York City and Albany (the latter with descriptions), but abstracts of land records have been published for only a few counties and usually just the first book (with the notable exception of Westchester deeds in The New York Genealogical and Biographical Record).

At the town level:

At this level, land records may be mixed in with documents, or there may be one or more town deed books (e.g. Huntington, Suffolk County).

At the "other" level:

Town records have been published for many towns on Long Island (but not those in Kings County) and the Hudson Valley; unfortunately, many are poorly indexed. They usually contain a hodgepodge of town meetings, a few vital records, tax lists, a few wills, land records, and often references to adjacent manors and patents. Rarely have all records of a town been published. Starting the mid-eighteenth century, the towns on Long Island started keeping records of the Overseers of the Poor. These have been published for the town of Huntington for the period 1752–1861 and include illegitimate births. To learn more about records held at the town level or if a published town history exists, visit our New York Town Guide.

The survival of tax record in New York is uneven. Tax lists begin in many counties in 1779 but continue only sporadically; nevertheless, there are complete tax lists for the entire state for 1799–1804. Read more about known tax lists in "New York State Censuses in Tax Lists," in The NYG&B Newsletter 3 (1992):20–22. Read more about New York taxation.

There are many New York courts that have presided over both civil and criminal matters since Dutch rule. Some of these records have been published and are available through NEHGS. Read more about New York court records.

The Records of New Amsterdam from 1653 to 1674, 7 vols. edited by Berthold Fernow
NEHGS, 5th Floor F128.4 .N53 1976
Includes records from the courts of schouts and schepens—Dutch courts with criminal and civil jurisdiction. 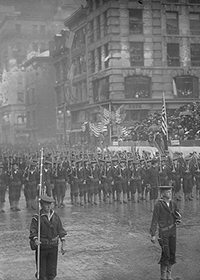 For the colonial period:

New York Colonial Muster Rolls, 1664–1775, 2 vols.
NEHGS, 5th Floor F118 .N492 2000
The included rolls for 1715 take up more than one hundred pages, providing an effective census of the military age men in those towns and counties. Most of the rolls are for the French and Indian War, 1755–1764, and include age, place of birth, occupation, and physical description.

For the Revolutionary War:

The Revolutionary War caused major upheaval in New York because of the battles fought on New York soil and the British occupation of New York City and environs. Many relevant records were destroyed in the 1911 fire, but some of the key sources had already been transcribed or abstracted.

Calendar of Historical Manuscripts Relating to the War of the Revolution, 2 vols.
NEHGS, 5th Floor NY 5 5

Note: Because of the proximity of New Jersey and the lack of a biographical directory fro New York Loyalists, it may be useful to consult The Loyalists of New Jersey by E. Alfred Jones; NEHGS, 5th Floor F131 .N62 v.10

Visit our New York Town Guide to learn if a Civil War register (TCR) exists for a given town.

Settlers of the Beekman Patent, Dutchess County, New York, 10 vols. by Frank J. Doherty
NEHGS, 5th Floor F127.D8 D63 1990; also vols. 1–8 available to NEHGS members as a searchable database on AmericanAncestors.org
This series is more than just a genealogical dictionary; the author identifies all the families before they came to Dutchess County, he includes records from all over Dutchess COunty while they were there, and he lists unplaced persons for that surname from all over the state.

Genealogical and Biographical Directory to Persons in New Netherland, From 1613 to 1674, 4 vols. + supplement by David M. Riker
NEHGS, 7th Floor Reference F118 .R55 1999
This is the first genealogical dictionary for seventeenth-century New York; it is generally reliable and extremely useful. 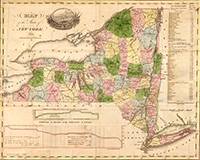 New Netherland Connections (1996–2010)
Available as an e-book and to NEHGS members as a database on AmericanAncestors.org

Valley Quarterlies Directory
NEHGS, 5th Floor F116 .V34 Index
Directory/index to The Capital, The Columbia, The Mohawk, and The Saratoga

Want to maximize your research? The experts at NEHGS can help! We offer a number of services that can help you break down brick walls and expand your research.

Meet one-on-one with our genealogists

Want research guidance from a professional genealogist? Our experts provide 30-minute to two-hour consultations in person or by phone.

Hire our experts in Research Services

Whether you are just beginning your family research or have been researching for years, NEHGS Research Services is here to assist you. Our team of experts can: